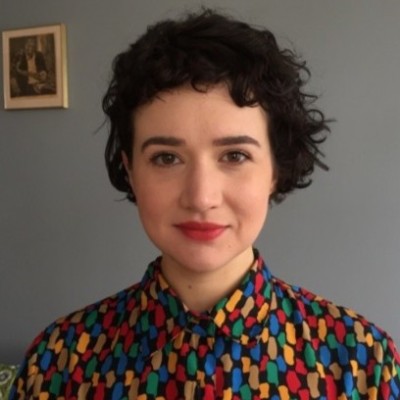 In this interview, we spoke with Max Berman to hear about his experience as a backend developer at Acumen, his connection to the startup’s mission, and what excites him about coming to work every day.

Hi, Max. Thanks for chatting today. To get started, tell us about your role at Acumen.
I’m a software engineer here at Acumen. I’ve been mostly doing backend development so far, but everybody does a little bit of everything here, which I love.

‍What were you doing before joining Acumen?
I was doing backend development for a large company in Charlottesville, Virginia. I’m American originally, but lived in Israel for eight years when I was younger. I just moved back to Israel in September, before I had a job, actually. I arrived in Israel during the holidays and a few days before one of the country-wide lockdowns…great timing. After some stop and starts, I ended up being introduced to Daniel via mutual acquaintances on WhatsApp.

‍What was the application and interview process like for your position?
After sending Daniel my resume, I had a quick phone screening, and we found a time for me to come to the office for a technical interview. They asked me some tough questions in that interview, which was great, actually. I had spent a lot of time preparing, and so I was glad my preparation was put to good use. Definitely no softball questions.

I really appreciated how quickly the process moved from there. I had been ready to accept an offer from a different company, and Acumen changed my mind in 24 hours. I was able to meet with Nevo the same day as my technical interview, and I accepted the job shortly after that.

‍What ultimately convinced you to join Acumen?
Well, it was a great interview experience. I got to know the founders a bit, and they struck me as really smart guys whom I could learn a lot from. I’m still at the beginning of my career, and I want to be able to learn from the people I work for.

I also really wanted to be on a small team that was able to move fast. At previous companies, I’d seen how bureaucracy can really slow things down...and I wanted to avoid that as much as possible.

And finally, as a developer, I connected with Acumen’s mission. Staying on top of software projects and getting the best out of everyone on an engineering team — that’s always difficult. Programmers are inherently stuck in their computers, and it’s sometimes hard to know what page your fellow team members are on. Anything that can help streamline work and aid collaboration is hugely beneficial. It’s exciting to think about what teams will be able to accomplish when they use our products.

‍As a developer, you must have a personal connection to Acumen’s mission…
100%. In previous jobs, even basic things like estimation and knowing what we could get done in a sprint was incredibly difficult. We basically never completed our sprints. Anything that can help in those situations is immediately useful.

‍Tell us more about the Acumen product. Any particular features you’re excited about? What’s it like to work on building it?
One specific feature that I’m excited to be working on is a tool that tells developers whether they’re running on schedule...not based on an external goal, but based on their past work progress. I think it will be incredibly useful and help developers and team leads visualize how a project is going, while it’s happening.
The Acumen system is actually pretty complicated and has lots of moving parts. There are lots of different services that tie into one product. It’s challenging to work on something like that, but in the best way. I’m learning a ton.

‍Tell us about what the onboarding experience at Acumen has been like.
It’s a “jump in and start swimming” kind of place, which has been a lot of fun. I came in the first day and had an assignment to do that was actually part of the product. I know it’s not like that everywhere. I know developers who’ve experienced a much longer on-ramp to contributing to the core product, and I had a ticket to complete on day one. It was a relatively small one, of course, but I was immediately able to contribute.

The team has been really helpful in showing me the ropes and answering my questions, but they’ve also given me room to figure things out by myself and I’ve learned a lot that way.

‍How would you describe the culture at Acumen?
First of all, everyone is friendly and welcoming. We all sit down and have lunch together every day, which is great. Everyone also works incredibly hard. It keeps you focused and inspired to be around people who really care about what they’re doing. It’s easy to get stuff done in that environment.

Any advice you’d share with someone who is thinking about applying for a role at Acumen?
I’d say that it’s challenging and rewarding work, and I feel productive every day. As I mentioned, I’m at the beginning of my career, and this is the perfect place for me to be. I’m learning a lot, and I’m learning fast.