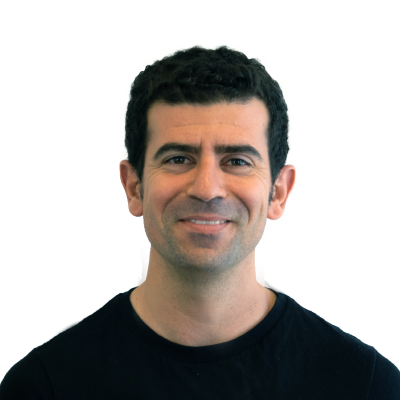 Congrats on your promotion from individual contributor to eng team lead. Now what?‍

Transitioning from an IC developer to a team lead is a major tech career milestone. It’s also relatively uncharted territory.

While some companies offer coaching and management training, many others – particularly startups and smaller companies – don’t offer structured programs to ease the transition. And the switch itself can be jolting.

Going from writing code to delegating and overseeing the work of others requires a dramatically different skill set and mindset. So in order to help, we enlisted our community of dev leaders to share some of their most important lessons learned along the way.

#1 Focus on the similarities

There’s no doubt that being an IC and a team lead require different capabilities. But it’s also easy to overstate the differences and get fixated on what’s new and daunting. This is counterproductive.

At a high level, great engineering is about understanding how systems work together. Writing clean, elegant code requires a grasp of how different languages and services operate best. And debugging demands a detail-oriented and problem-solving mindset.

Being a team lead leans on all these skill sets. The major difference is that the field of focus is a team or engineering organization rather than a code base:

Additionally, as former IC devs, newly-minted team leads are uniquely positioned to empathize with the challenges of their direct reports.

So take a deep breath. It’s not all different. But it’s important to recognize where it is – which brings us to... ‍

As an IC, your success is determined by your ability to write phenomenal code. As a team lead, your primary goal is to manage and scale a high-performing team. This requires keeping people engaged, on-task, and efficient.

A common failure mode of new team leads is to micromanage the work of direct reports by getting too involved in actual day-to-day coding. In general, this behavior comes from one of two places:

Stepping into the team lead role requires the ability to slide across what Matt Johannes calls the “manager-contributor continuum”: intervening with technical contributions when required to unblock the team, but knowing when to take your hands off of the keyboard and bring a critical managerial perspective.

Devs can be a tough crowd. We’re often stereotyped as skeptical, fiercely independent, and ultra-rational. This dynamic can be daunting for a first-time manager, especially one who is insecure about her credentials.

Understandably, some newly-minted team leads take a “show no weakness” approach to leadership. The mindset is that acknowledging uncertainty will undermine authority and open the door to dev team mutiny.

This approach often fails. What a team leads perceives as strength and confidence are easily read by team members as rigidity and arbitrariness.

In contrast, the most successful team leads often approach their team with humility. It’s tough to strike the right balance, so here are some concrete suggestions:

#4 Get used to managing up (and sideways)

Many newly-minted team leads focus on the challenge of managing direct reports. This is sensible, since it’s the one thing that’s glaringly different from being an IC.

But focusing just on managing downward misses a key component of team lead success: as a team lead, you’re more centrally embedded in the decision-making fabric of the organization. You’re required to weigh priorities, participate in tough tradeoff conversations, and advocate on behalf of your team’s needs.

This demands a focus on both managing up through the organization and engaging more with cross-functional peers.

In Drive: The Surprising Truth About What Motivates Us, Daniel Pink asserts that beyond satisfying basic material needs, there are three factors that drive human motivation: autonomy, mastery, and purpose. His research finds that supporting employees in satisfying these desires leads to greater engagement, satisfaction, and performance excellence.

In the “heat of battle,” it can be difficult for a team lead to balance the need for short-term execution against long-term motivation. (E.g., you know that Daniel on your team would really benefit from launching a new front-end feature, but you urgently need him to refactor some code in the next sprint.) But the most effective team leads are always looking for opportunities to cultivate greatness among their team members.

Here are some ways that team leads can support team motivation:

The shift from individual dev to team lead is exciting, but it’s also challenging and unnecessarily lonely.

Team leads have the unique opportunity to interface between company strategy and the day-to-day engineering work. But team leads often report feeling like they don’t have a home base. Some describe it as having given up the joy of coding, but not yet feeling like a real part of company leadership.

Be patient and know that there are others out there going through a similar journey. In fact, we’ve been so inspired by the stories from team leads that we created a community for like-minded folks wrestling with questions of professional development, engineering ops, remote work, and more.

If you’re eager to connect with a network of devs on similar topics, you can sign up here.